Blue Guru Games reached a recent milestone by releasing its first slot game — The Nemean Lion. After concluding a few distribution deals with respected companies like Oryx Gaming and Relax, this new release is now live at famed casino sites. 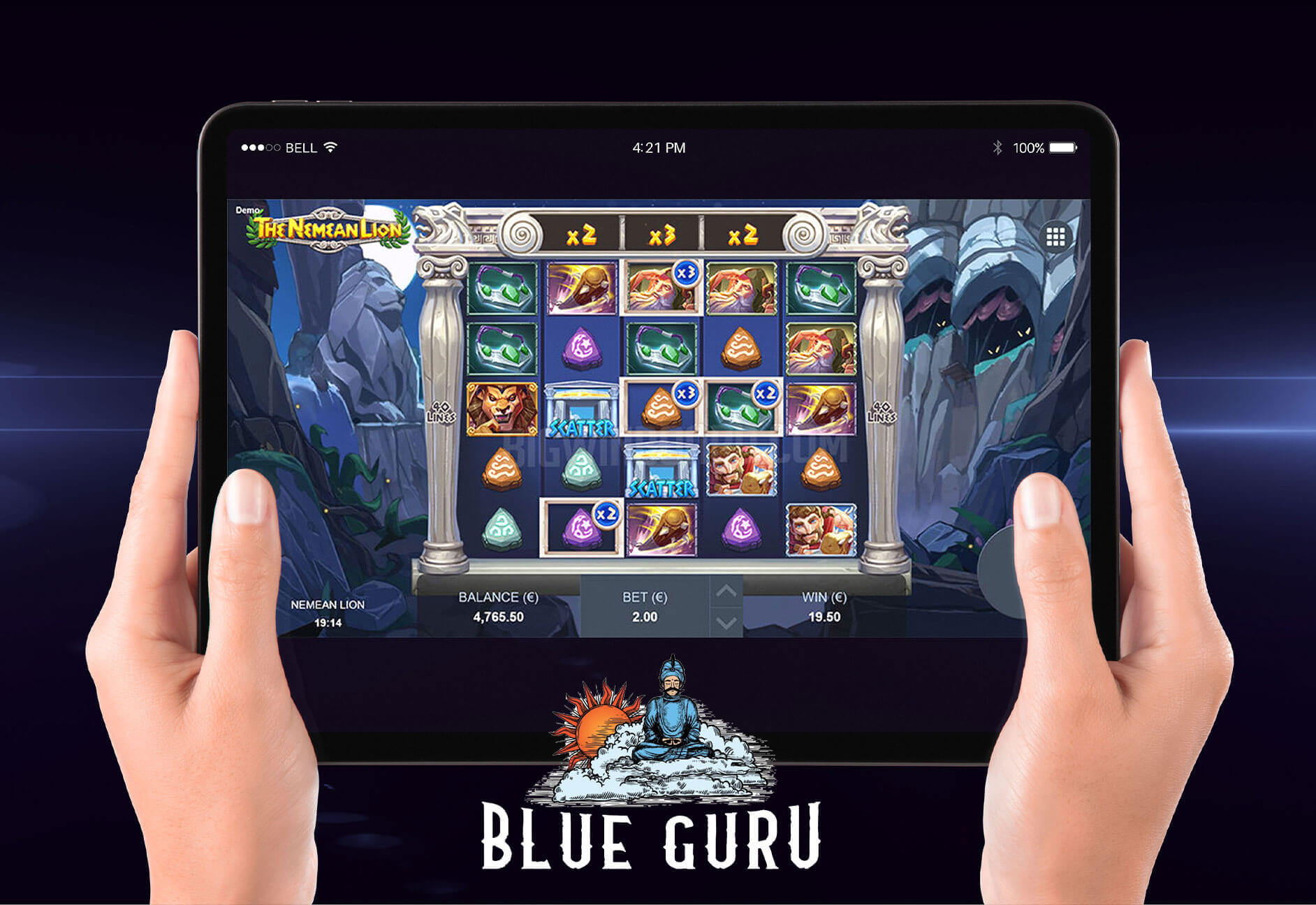 Blue Guru CEO, Andrew Braithwaite, sees this game debut as an "important milestone" in the firm's history, as this pristine offering clears the path for other releases scheduled for this year. Notable mentions include titles like Curse of the Mummies (June 14th) and Octopus Armada (May 24th). A fourth game — Clash of the Seraphim — is likely to make its debut this year, but there's currently no information on its launch date.

Plans to Conquer the U.S Market

With the US iGaming market showing many possibilities, it's no surprise that new actors like Blue Guru Games want a sizable share of the pie.

In a statement from Braithwaite: "We now have our eye firmly on the US market, where the thirst for high-quality games perfectly complements our aims and capabilities. I look forward to our continued development and growth."

The CEO also attests to the fact that the company is excited about working in the US iGaming space. "We're a great team having lots of fun making games, and we can't wait to get our ideas out and see them played," he said.

Despite being a new iGaming software provider, Blue Guru Games has solid roots that lead back to the famed LeoVegas Group. The company was instituted in May 2021 under one of the Group's subsidiaries — LeoVentures. The latter has an 85% stake in the now 30-man team.

Blue Guru Games is one of four entities under LeoVentures' purview. The other three brands include mobile eSports wagering site Pixel.bet, casino streaming service CasinoGrounds, and a community of gaming enthusiasts BeyondPlay.

About The Nemean Lion Slot

Available on the Bragg's Oryx Gaming Blue Horn site, this slot is a very generous one with a free spins bonus game and a mind-boggling 25,000 max payout.

This newly released game adopts a Greek theme. According to Greek mythology, the Nemean Lion is a creature that created havoc in an ancient town called Nemea — hence its naming. Defeating the beast was one of the 10 tasks that Hercules had to complete to atone for his wrongdoings and attain immortality.

A special feature of this game is the "Collection Meters." Placed at the top of the second, third, and fourth reels, these meters fill up whenever Scatters land during a spin. With every 50 Scatters, a 1x multiplier is added, translating to more wins.

Although still in the early days of release, The Nemean Lion by Blue Guru Games holds so much promise. It remains to be seen if this slot will make waves at online casinos worldwide.