Oak View Group Las Vegas Hotel & Casino is the largest upcoming project on the South Strip. The establishment, which is expected to launch by 2026, will be located on Las Vegas Boulevard and Blue Diamond Road. 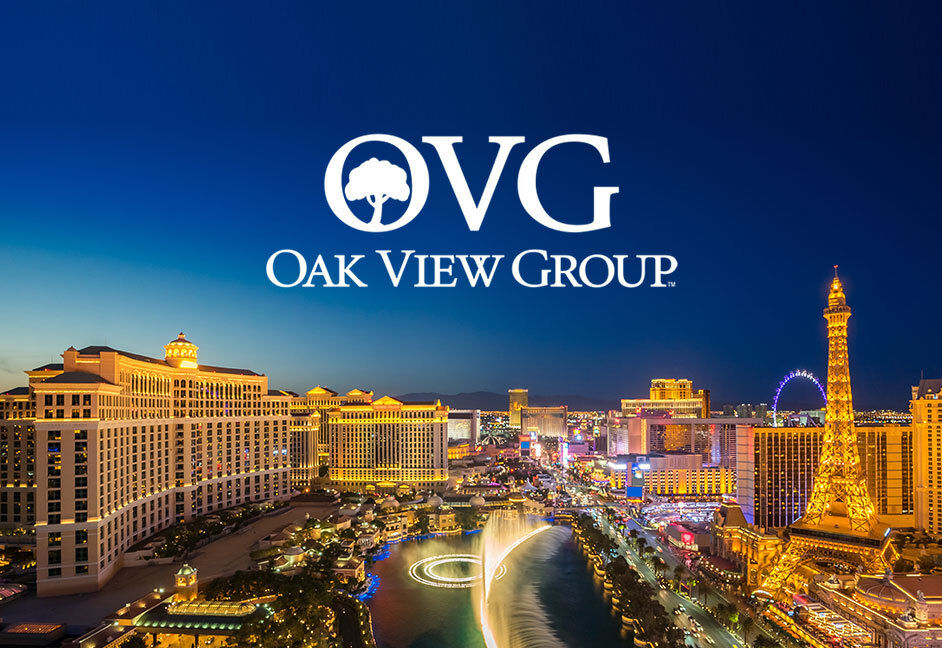 To make this project a successful venture, Oak Group Partners, Irvine Azoff and Tim Leiweke, have sought the expertise of Randy Morton (ex co-CEO of the Foley Entertainment Group) and Marc Bardian, former president of Las Vegas Raiders. These newly appointed executives have laid out details for the highly-anticipated project.

What Will Be Included?

This project will spread across 25 acres of land in Interstate 215 and Interstate 15 vicinities and will include a resort and an events arena. This area will be ideal for many events, including concerts, sporting competitions, conferences, and award shows.

The resort will host a total of 2,000 rooms and suites. While the arena is billed to seat 20,000 people, there might be slight changes to suit the precise wants of musical events and concerts.

Although the final design is still in the works, the developers are looking toward perfectly integrating the arena and the luxurious casino boutique. Accessibility is also a major priority as the blueprint seeks to allow entrants easy movement via the Las Vegas Boulevard south. Plans for the casino games lobby were not revealed.

Staking a Claim in the NBA

Marc Bardain mentioned that an NBA-ready venue is part of the blueprint, and rumors are that the Oak Group's plans to secure an NBA franchise and have an actual NBA team play at its arena upon completion.

This is, however, out of the hands of the Group. According to Bardain, only the NBA has the authority to license its franchise as it deems appropriate.

"I know there's been a lot of chatter in the media, but we're going to stay out of that chatter, and we're going to be very respectful of the process. When the ownership group in the NBA and the commissioner of the NBA decide they want to expand, we'll have a venue that's ready for them, and if they want to be in the Las Vegas market, we'll be an option for them."

"If they (the NBA) made a commitment to Vegas at some point in the future, this building will be built so that it would be spectacular for the NBA. Not just in the way that it operates, meeting and exceeding all their standards, but in a way economically it could generate revenue for an NBA team."

The casino resort is bound to garner patronage as a new train station project is also in the works. The rail project is being conducted by Brightline — an organization owned by Wes Edens – and will see the connection of high-speed rail lines between Las Vegas and Los Angeles. With rumors of a soccer stadium adjacent to the rail line, anticipations about the casino resort have never been higher.