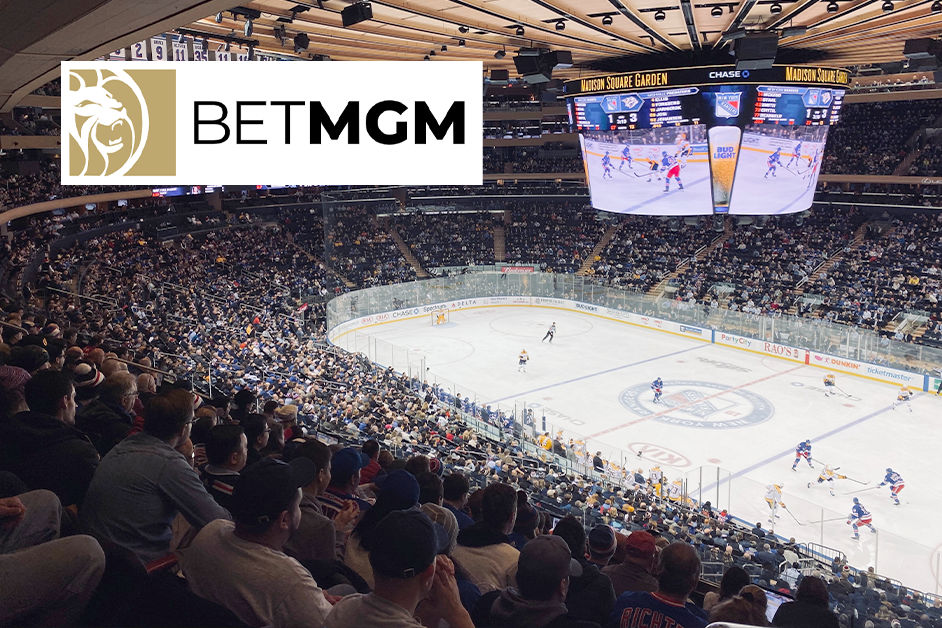 The multi-year agreement will see the gaming operator become an official sports betting partner of the National Basketball Association (NBA) team, the New York Knicks and National Hockey League (NHL) franchise, the New York Rangers, both of which are owned by MSG Sports. The Madison Square Garden Arena, which is under the ownership of MSG Entertainment, is also covered in the deal.

A Significant Boost to Brand Awareness

Madison Square Garden is the premier gaming arena in New York (and all of the US). Therefore BetMGM is set to receive a major boost in brand recognition throughout the state. As part of the agreement, the brand will be featured on courtside and ribbon LED signage inside the arena. They will also benefit from the GardenVision features that will be added during Knicks games as well as Zamboni branding and dashboard signage during Rangers games. The brand integration will extend to digital boards outside of Madison Square Garden Arena.

On the virtual front, BetMGM will feature across Facebook, Twitter and Instagram official channels of the Knicks and Rangers. Also, BetMGM customers will get exclusive access to premium experiences and special contests that will be offered during the teams’ games.

The gaming operator will also appear on several of the content streamed on MSG Networks. The brand will feature during Rangers games and during NHL events – New Jersey Devils and New York Islanders.  Furthermore, the brand’s IP will be pushed during live games, making for a powerful media activation that will ultimately define the brand visibility of the betting giant within the state of New York.

BetMGM chief revenue officer Matt Prevost speaking on the collaboration, said: “New York is a critical state for BetMGM’s continued growth, and I can’t think of a better way to begin our relationship with The Empire State than partnering with ‘The World’s Most Famous Arena’ and their legendary team franchises,”

With this strategic partnership, BetMGM is covering significant ground in New York, a state on the verge of finalizing legal mobile sports betting.

In other news, BetMGM was named as one of the nine gaming operators chosen to receive a mobile betting license in New York. Others include FanDuel, DraftKings, Bally Bet, Caesars Sportsbook, PointsBet, Resorts World, Rush Street Interactive and Wynn Bet.

From the look of things, the Empire State should have fully launched mobile sports betting in time for Super Bowl 56.