Pennsylvania sports betting revenue for November was an estimated $85 million, an all-time record. This was generated out of an impressive $760 million betting handle, the second-most ever for the state. 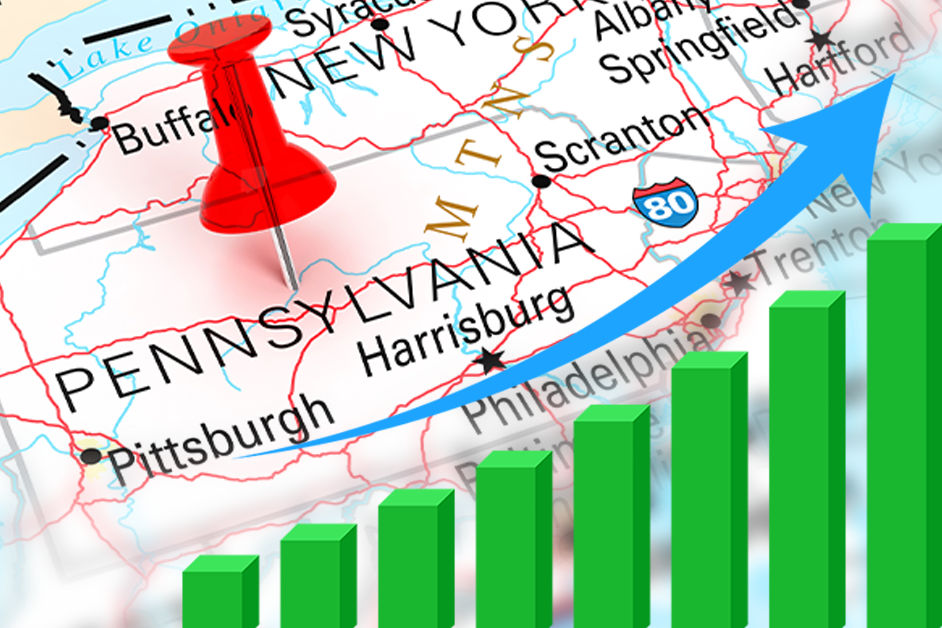 Several US states, including America's gambling hub, Nevada, have been on a record-breaking streak in the past few months, owing to the loosening of pandemic restrictions and the return of tourism.

The figures in PA aren't as high as those with a more substantial gambling population, but the keystone state is also shattering records in its own right. As reported by PlayPennsylvania, the November wagers were up 54.8% from $491.9 million in November 2020, whereas the revenue was up 75.1% from $48.5 million.

It fell short of the record $776.3 million set in October. However, betting volume over the 30 days of November averaged $25.4 million per day from $25.0 million in October.

The $84.9 million generated in November takes down the previous record of $49.3 million set in January. It created $63.7 million in taxable revenue after $21.3 million in promotional spending, which yielded $23.0 million in state taxes and local share assessments.

PlayPennsylvania is responsible for tracking regulated online gaming and sports betting in the state, and according to reports, betting activity and revenue are expected to stay on the rise.

"Other than in 2020, when the pandemic shut down major sports, the growth in Pennsylvania has been relentless," said Dustin Gouker, an analyst for the PlayUSA.com Network, which includes PlayPennsylvania.com. "December and January are typically two of the stronger months of the year, too, so the jaw-dropping revenue numbers will likely continue."

Which Sports Received the Most Action?

According to Katie Kohler, an analyst for PlayPennsylvania.com, football has spurred the current spike, but the wave that sportsbooks are riding is about more than one game or one sport. She said, "November had one less weekend of football than in October, but the NBA and college basketball have proven to be formidable bet generators, too. Online sportsbooks continue to expand their reach, and bettors are becoming increasingly comfortable with diverse forms of betting. It's hard to imagine sportsbooks being in a better position heading into the typically busy winter months."

Online sportsbooks commanded 92% of Pennsylvania's total handle. FanDuel accounted for 33.9% of the online market with a $238.6 handle. The operator's revenue topped the all-time record for any sportsbook with $37.1 million.

PokerStars led the market for poker with $1.8m in revenue, and retailers generated $57.5 million in wagers in November, up from $53.5 million in October.