Popular slot developer Play’n GO has released Rich Wilde and the Wandering City, the latest addition to its Rich Wilde series. This time, the game takes players on a journey to the titular wandering city, which, according to Patagonian mythology, is hidden in the valley of the Andes, somewhere between Chile and Argentina. The brave explorer will be going on an expedition to this mythical city which legend says is filled with mountains of diamond and gold. 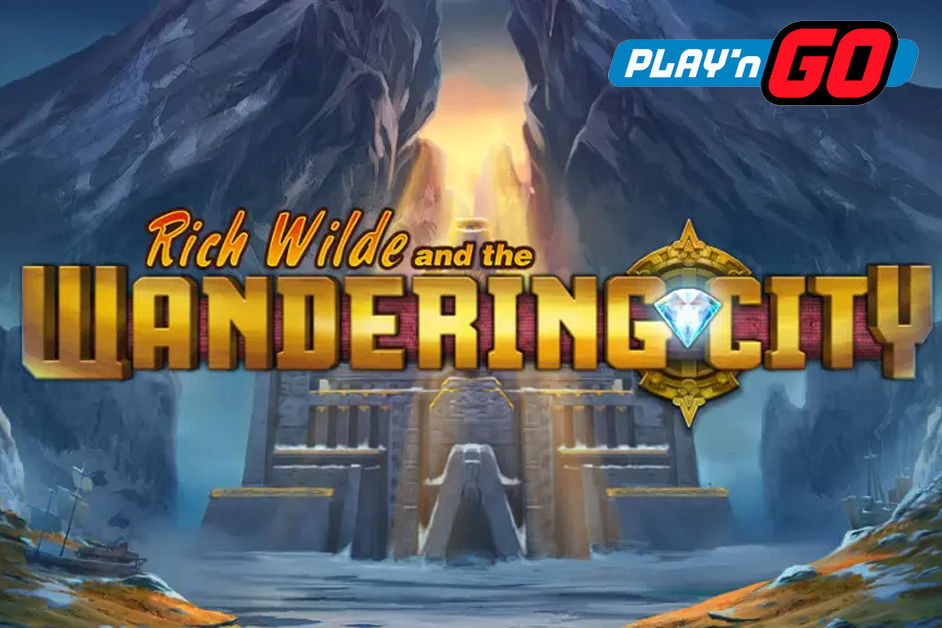 Following the release, Head of Games Charlotte Miliziano said: “It was only a matter of time before we visited Rich Wilde again. This is such a popular series, and although there are a lot of similarities, we wanted to create an environment with winter themes which is why we see him exploring the mountains. We also wanted to find new ways to excite players without creating a game too different to the prequels; so merging Dynamic Payways with Special Expanding symbols was the perfect way to do this.”

Details about the Game

Set in snowy mountains, Play'n GO has released this game for online casino players just in time for the arrival of winter. It features a standard 5x3 grid, and the semi-transparent reels are framed with stone, while two stone guards stand to the sides of the reels.

Characters include Rich Wilde himself, and several themed symbols. Players will also come across fearsome Patagonian giants whose part in the narrative is trying to keep the explorer from reaching his goal. As is common with Play’n GO titles, the graphics are crisp and clear cut.

The diamond symbol is the wild scatter in the game. It stands in for all others to form winning combinations. It is also your ticket to entering the city gates and finding the treasures that await. Three or more of it will activate the bonus round and award ten spins. Rich Wilde and the Wandering City also stuns with an exciting mix of special features, including random expanding symbols and up to 243 ways to win.

During gameplay, 2x multipliers can show up on any of the three middle reels. They are cumulative, so players can get up to 6x multipliers on a spin.

More on the Rich Wilde Series

Play’n GO’s famous character was first documented in 2013 with the release of Rich Wilde and the Aztec Symbols. The cult classic Rich Wilde and the Book of Dead was released just a year later, offering the popular expanding wild feature. Pearls of India, Tome of Madness, Shield of Athena, and the Amulet of Dead are also part of the series.

This new release will be the first time Rich Wilde is interpreted in a cooler climate. The character has always been portrayed in warmer temperatures, from the Egyptian desert in the award-winning Book of Dead to the Shield of Athena set in Atlantis.

Play’n GO has begun expanding the Wilde legacy further by introducing his daughter Cat Wilde. Players can follow her adventures in Cat Wilde in the Doom of Dead and Cat Wilde in the Eclipse of the Sun God.