How to Play Online Backgammon

If you're looking to learn how to play Backgammon, or for a simple set of online Backgammon rules, then don't worry – you are not the first. In fact, it's believed that the game of Backgammon has been around in one form or another for almost 5,000 years!

How to play Backgammon

Get Started with Online Backgammon

As with most of the world's most ancient and enduring games – think Chess, Checkers or Go – the rules were designed to be extremely simple to learn and understand. What elevates these games to all-time classics is how this simple set of elegantly designed rules allows for near-endless variations in strategy, tactics, and style. 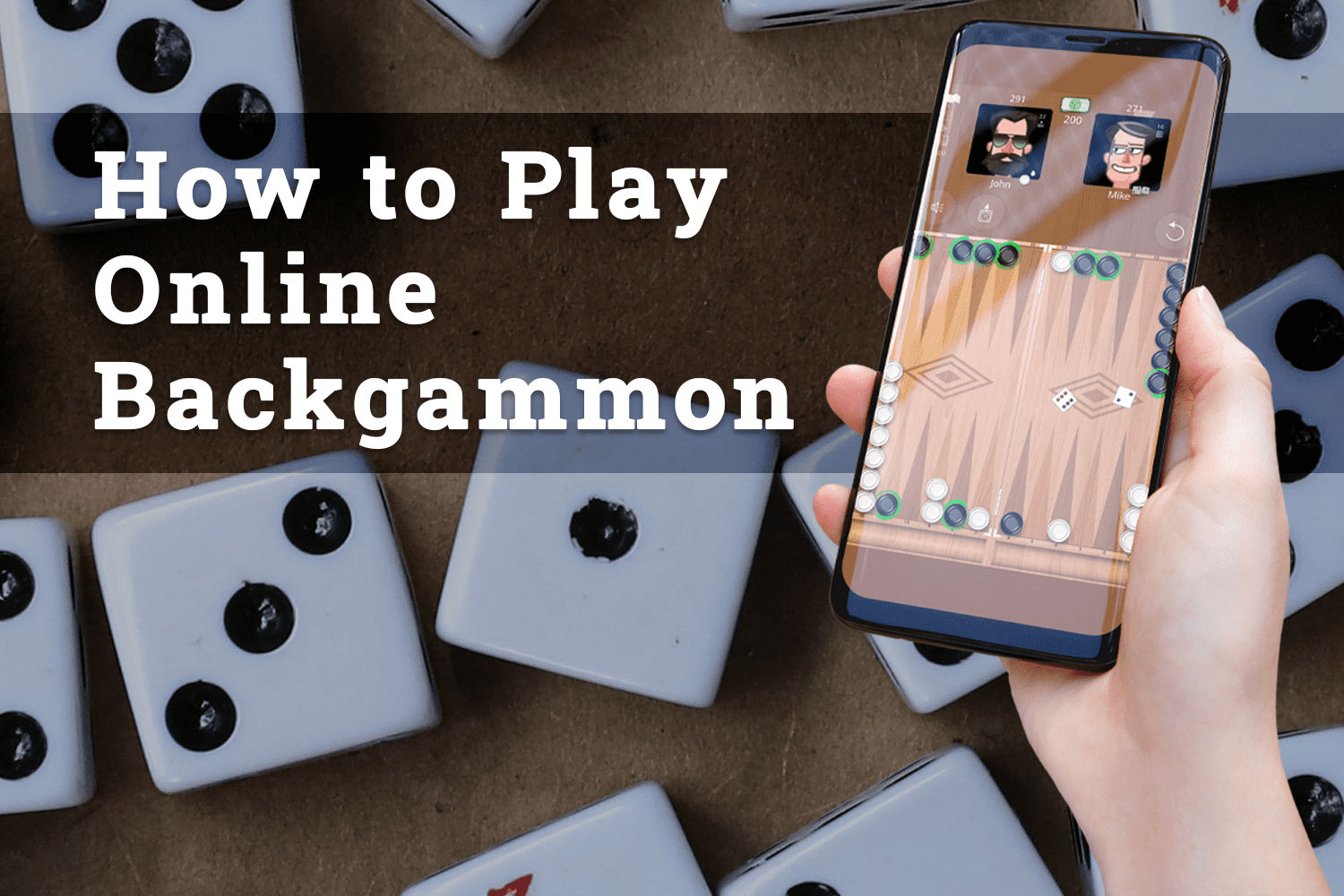 Here we'll explore the basics of how to play Backgammon, and explain the options available to you during the game. There's no substitute for experience, however, and these days it is very easy to play online Backgammon for free, without even creating an account or depositing any money.

Check out our casino reviews section now to find a great site where you can learn how to play online backgammon at your own speed, in your own time.

Good news! Once you've learned how to play online Backgammon, you'll know how to play Backgammon on a physical board too, as there are no material differences in how the game is played online and off.

The object of the game is to remove all your pieces from the board before your opponent does. In order to do this, you must move each of your 15 pieces around a board comprising 24 spaces – known as points – until they reach your 'home board', from where they may be removed one by one.

Moving pieces, as well as removing them (known as bearing off), is dependent on the roll of two dice. The dice introduce an element of chance which, together with the strategic considerations relating to probabilities of various dice rolls, make Backgammon an endlessly entertaining two-player game.

Many detailed guides exist online which can help you develop a deeper understanding of the nuances of the game, but for now let's take a look at the nuts-and-bolts of how to play Backgammon.

Each side, black and white, moves their pieces in opposite directions in a horseshoe shape, towards each player's own home board. Only once all a player's pieces are in the home board may pieces start to be removed.

Rolling a double can be very fortuitous in Backgammon, as it gives the player double the movement potential. For example, rolling a 2 and a 5 gives a player one movement of 2 and one of 5, but in rolling a double 5 they receive four separate movements of 5.

This is a key feature of movement, so when learning how to play online Backgammon it's something to take special notice of. It can be a game-changing slice of fortune, as it allows a player to move their pieces further and faster around the board.

Any piece which rests on a point by itself is vulnerable to be taken. To take an opposing piece, you must move your own piece so it ends up directly on the point where the single piece is positioned. 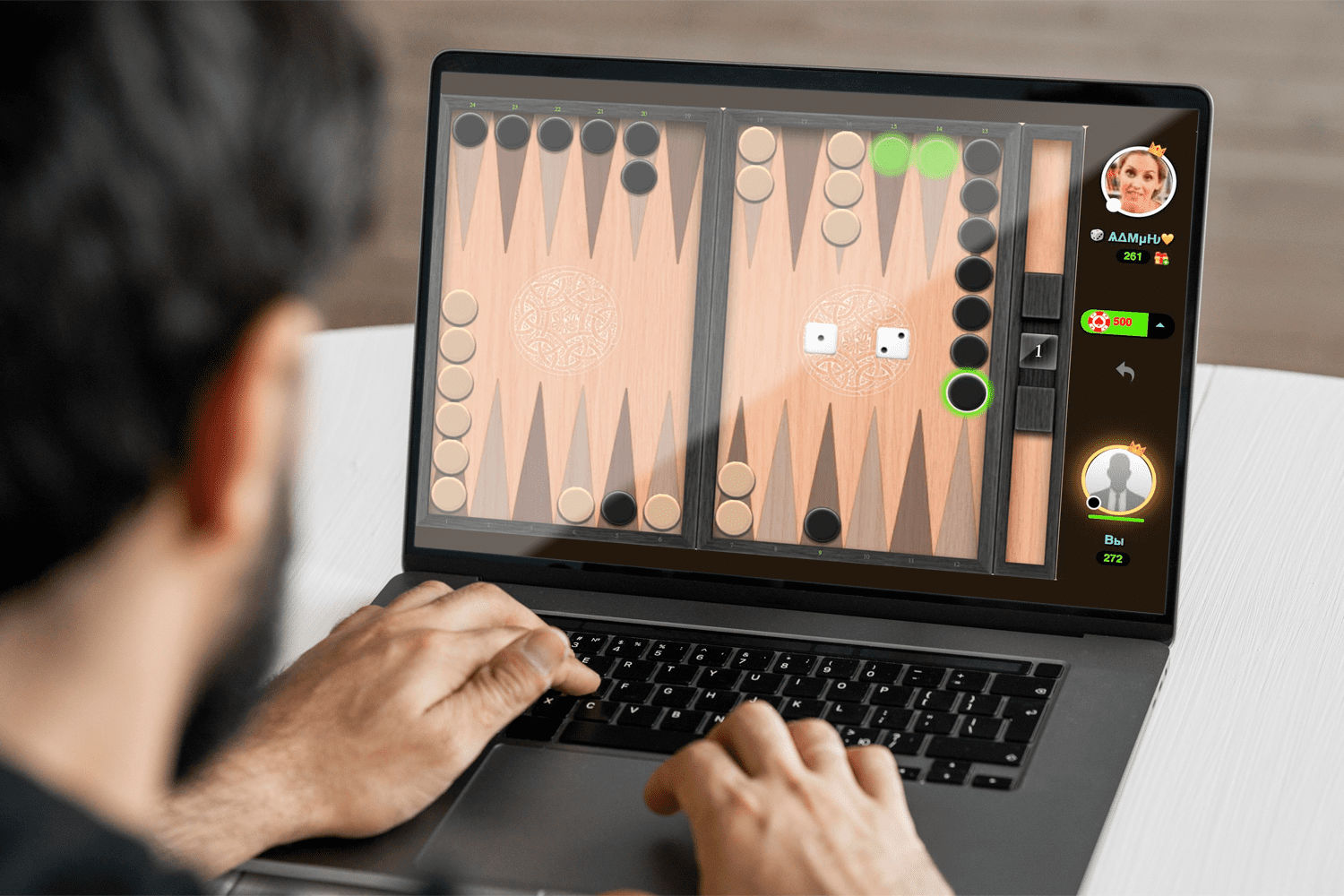 Taken pieces are moved off the board, only being replaced (onto the opponent's home board) by a corresponding roll of a die. Having your pieces taken therefore deals a blow to your chances of winning the game, as dice rolls are used to reintroduce them to the board, and they are reintroduced far from your home board.

No discussion of how to play Backgammon – especially for money – would be complete without mentioning the doubling cube. This small yet meaningful element of the game allows a player to press home an advantage by doubling the stake being played for.

Control of the doubling cube swaps hands each time it is used, so a player may not continually raise the stakes. A player who deems themselves to be losing the game may elect not to accept the doubled stakes, but instead to concede the game immediately for the current stakes.

Online Backgammon rules will usually include the doubling cube, even if a game is not being played for money.

The end game of Backgammon involves removing one's pieces from the board in a process known as bearing off. This is only possible once all 15 pieces have been moved around the board to the home board.

Dice rolls are used to determine which pieces may be removed, with each point of the home board allocated a number between 1-6. Rolling a 2 and 5, for example, would allow a player to bear off pieces from the 2nd and 5th point in the home board (assuming those points have pieces on them – if not, traditional moves must be used).

Whether played online or using a traditional board, Backgammon is a fun and involving game that has kept players hooked for thousands of years. And when you learn how to play online Backgammon, you have a skill that can easily translate to fun games around a traditional board. Gambling adds a great element to Backgammon, but the game stands up well without it too.

Once you're familiar with how to play online Backgammon, head to our casino reviews section to find the best places to play Backgammon for players in Canada!